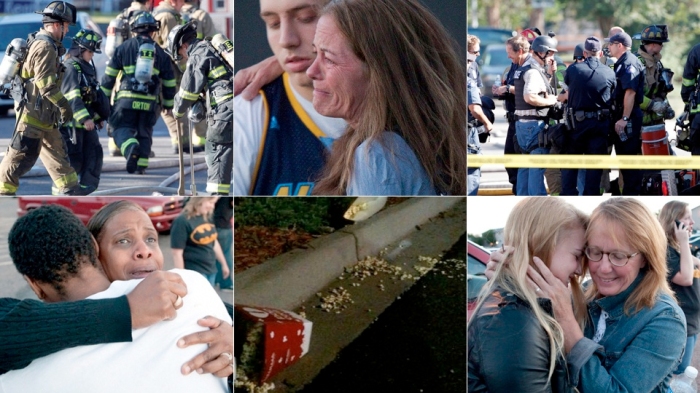 The youngest victim so far listed is 6 year-old Veronica Moser — her mother is in critical condition asking where her daughter is. SMH.

27-year-old Alex Sullivan was killed at the theater — he was celebrating his 27th birthday and his 1st wedding anniversary is tomorrow.

Micayla Medek, 23, was amongst the dead in the theater after her family has been searching for her since that night.

Aspiried sportscaster, 24-year-old Jessica Ghawi, who almost died in the Toronto mall shooting, died in the theater — she was shot in the head. She tweeted right before the shooting occurred.

27-year-old Matt McQuinn died as he saved his girlfriend Samantha, being a shield for her. She did suffer injures but survived.

John Larimer, 27, was a Petty Officer 3rd Class (Navy) and was assigned to the base in Aurora Colorado. He was killed in the theater.