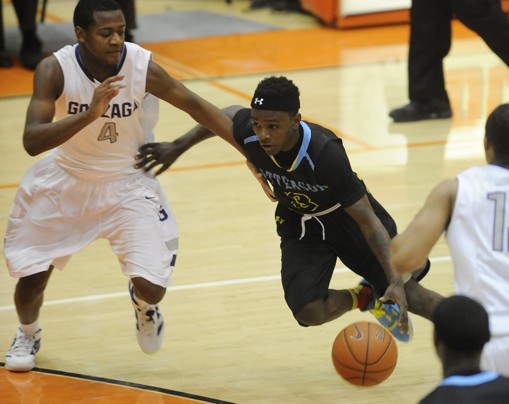 I reported that he was arrested yesterday for assault but I didn’t know the whole story yet so didn’t want to throw out false information. But now it’s here:

He has recently been charged with second-degree assault and reckless endangerment for throwing his 26-year-old ex-girlfriend and baby’s mother, Treshonda Williams to the ground and punching her in the face and kicking her while she was down, before he fled the scene.  According to the police report, “Ms. Williams advised Mr. Carr that she does not wish to be with him anymore, and she told Mr. Carr that the relationship was over.”

Ms. Williams is claiming that Carr asked to speak with her outside of the school after she initially tried to break it off with him, and the moment they stepped outside of the school grounds they began arguing, and that’s when he grabbed her shirt, threw her to the ground, and beat on her.  She refused to receive medical attention and there were no visible wounds found on Williams who claims that “Crimestopper” Carr punched her cleanly in the face

No visible wounds but this athlete beat you? Not saying she’s lying but they better look into it. And 26?! Ain’t he 17?!

Carr is one of the top players in the 2013 class and committed to Seton Hall. Here’s my report of his basketball career and video –> https://ladyinthemancave.wordpress.com/2012/08/01/new-talent-pg-aquille-carr-class-of-2013-is-a-beast-with-quick-moves-video/