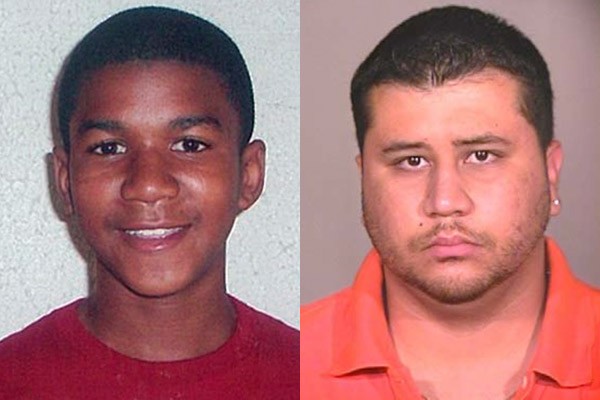 George Zimmerman has stated several times that Trayvon Martin was reaching out for the gun when they got into the fight that led to the deadly shooting of Martin:

According to the 28-year-old, the high school student was on top of him and bashed his head into the concrete, leaving him no choice but use the firearm. The new findings may poke holes in the former neighborhood watch captains’ self-defense claim.