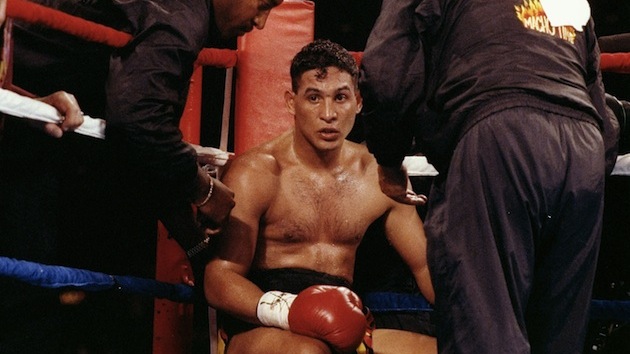 The family of boxer Hector ‘Macho’ Camacho still have not come to an agreement whether to take Camacho off life support or not.

Ismael Leandry, a longtime friend and former manager, told reporters that Camacho’s mother also is wavering on taking her son off life support and would like more time with him. He said the family is waiting for Camacho’s oldest son to arrive Thursday night before having a family reunion and making a decision. – ESPN

Camacho was shot while sitting in his Mustang Ford in Puerto Rico in front of a bar Tuesday and the passenger, his friend Adrian Moreno, was shot dead. Police said they found 9 bags of cocaine on Moreno and a 10th bag in the car.