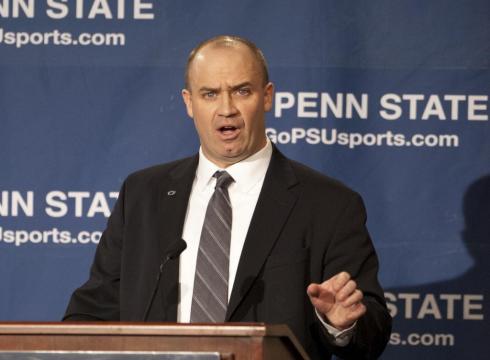 Bill O’Brien, former offensive coordinator for the New England Patriots, might be coming back to the NFL after only one season with Penn State after their sex scandal. O’Brien is considering coaching Eagles or Browns if the offer is thrown at him and sources say the teams are interested in him.

However, sources say that Penn St will be giving O’Brien a bigger raise than the NFL can.

We’ll see what happens in due time — money does talk, but so does your love for a league.