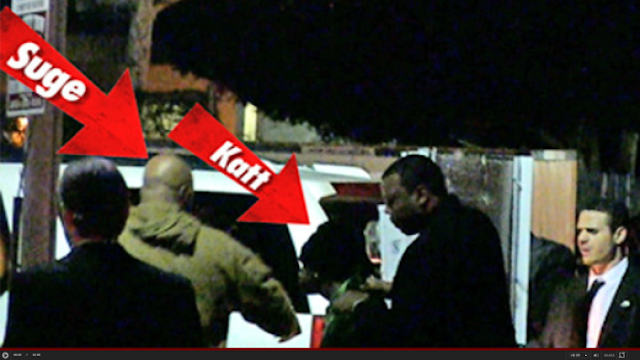 After being released from jail only hours before, Katt Williams was involved in a skirmish on Friday outside a Hollywood club. He was accompanying friend Suge Knight, who was more involved in the fight than Williams was.

The footage of the fight shows Katt basically trying to steer clear of the action, while Suge is taking swings and wildin’ out. The two split up during the video, Kat running into a black SUV with someone chasing him, and Suge pulling off in his white SUV like a madman.