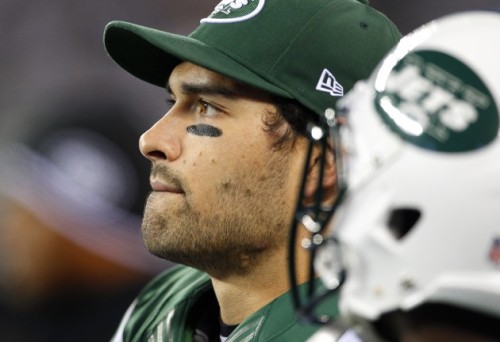 NFL.com writes that Rex Ryan, the NY Jets head coach, said that Mark Sanchez will not be the starting quarterback for next season. He (Sanchez) has to EARN (compete for his spot which means there will definitely be quarterback controversy in NY.

Ryan told Around the League:

“No. 1, you heard about what John talked about, the competition. Bringing in competition at every position, not just the quarterback position. … That is what we want to do. So to say Mark Sanchez or this quarterback or that quarterback, I think there’s clearly going to be competition.” – NFL.com