After Bryant injured his ankle by the “Dahntay Jones dirty move” (according to Kobe), he was ruled out indefinitely by doctors.

Everything has changed within 48 hours because Bryant will start tonight against the Pacers. Bryant even tweeted a pic of his swollen ankle (pic below).

Bryant went through a workout and Lakers trainer says he can play. Head coach D’Antoni stated:

“He didn’t do a whole lot of running, but he shot and moved pretty good, so it’s looking better.

“We don’t want to injure it anymore, and we’ll see how it goes. He’s going to be productive. He’ll find a way to be productive. That won’t be the question. I just hope that he’s got to make sure that he won’t make it worse than what it is.”” – ESPN 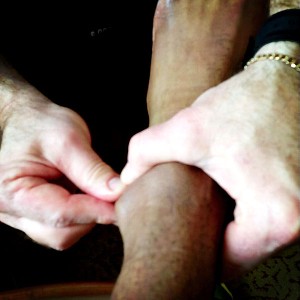