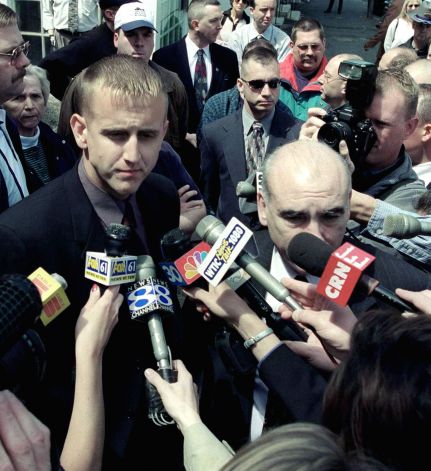 Ex-New Milford police officer, 41-year-old Scott Smith, was found dead in his home today, according to News Times. Smith was part of a nationwide media story when he was charged for murdering a young black man during arrest.

Smith was investigated for a murder in 1998, the first Connecticut officer on trial for murdering a suspect in the line of duty. Smith was then a 27 year old officer who shot and killed a 19-year-old suspect Franklyn Reid when taking him into custody on December 29th 1998.

“Witnesses who were driving by the two men along Route 202 and standing at a  gas station across the street said Smith had Reid face down on the ground.  Reid’s hands, they said, were outstretched above his head and, later, clasped  behind his back. Smith’s left foot was on Reid’s back and the barrel of his  pistol was touching Reid’s back when the weapon was fired, they said.

Smith claimed that Reid was resisting him and refused to show his hands.  Smith said he feared that Reid had a weapon and would turn it on him.

He was acquitted by jury.

His death is under investigation.