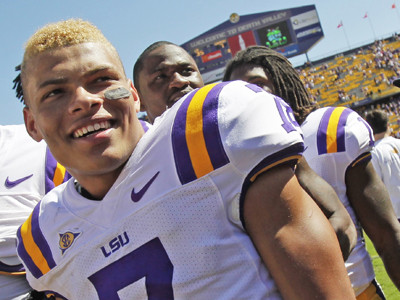 Former LSU cornerback Tyrann Matheiu, who was kicked off the team because of his repetitive failed drug tests and drug charge, has been signed to the Arizona Cardinals for a 4-year deal and NFL reports that it’s worth $3M, $265K signing bonus. He will nto receive his money if he fails drug tests.

In his 2011 season with LSU, he had 77 tackles, 5 forced fumbles, 5 fumble recoveries (2 touchdowns) and 2 interceptions. Special teams, he is a beast, as he had 420 punt return yards and 2 touchdowns. He won the Chuck Bednarik Award, which goes to the best defensive player of the year.