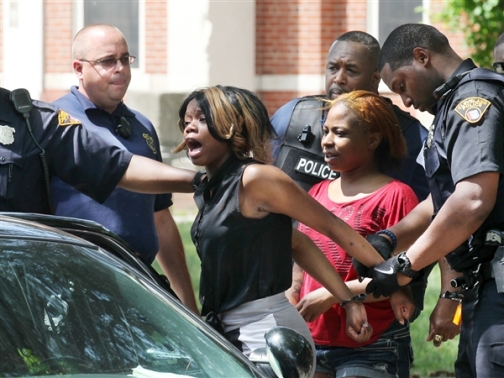 For a kindergarten graduation, you would think adorable kids, peace, happiness & fun. Well at Michael White Elementary School, it didn’t quite happen like that.

A fight started by two teenage girls caused a brawl involving other teens in the crowd at Michael White Elementary in Cleveland.

No serious injuries were reported but eight people were arrested and will be charged with aggravated rioting.

Shame on all of you.