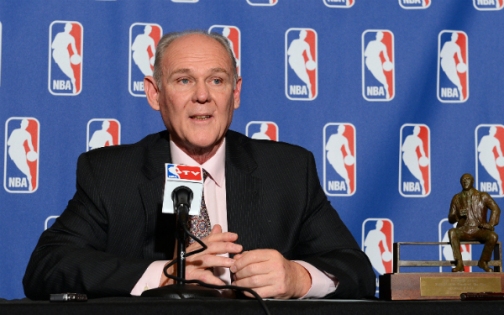 The Coach of the Year was fired today by the Denver Nuggets after another season of going to the playoffs and losing in the first round.

George Karl, who has coached several teams but coached the Nuggets since 2005, has lost in the first round of playoffs since he’s been their coach. Last season (2012-13), he was 57 – 25. He was in his final year of his contract but Nuggets decided to let him go.

Don’t feel bad for the veteran coach as he’s probably already getting phone calls from other NBA teams, and I bet other teams are probably mad they hired other coaches prior to this availability. ESPN reported that Los Angeles Clippers and Memphis Grizzlies are interested in signed Karl to be their head coach.