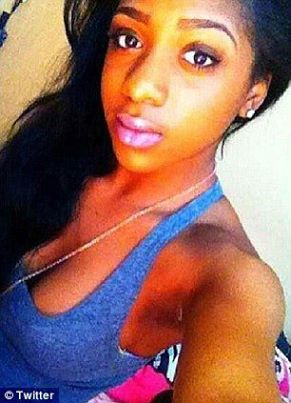 This New Jersey Campus High School prom queen would have graduated this Saturday.

17-year-old Aquilla Flood was found shot in the head and found dead by her mother June 5th. Flood was voted prom queen and was suppose to receiver her crown Thursday but her funeral will be this Wednesday. She would have attended college in the fall.

Her ex-boyfriend Al-Muqqadin Means (below) is facing murder charges and Jersey police think he climbed up the fire escape to her room as the crime scene showed no forced entry.

Aquilla Flood broke up with Means several months ago, her mother said, after the suspect’s sister warned the girl that the 18-year-old was a violent man. The threats started a few weeks later.

She was so scared that she begged her mother to move to a new apartment, but Nicole Flood said she didn’t know the extent of the threat posed by Means until after she found her daughter lying in a pool of blood in her bedroom. Aquilla apparently told her uncle about the threats, but not her mother.

Criminal records show Means was arrested twice this year for robbery, theft and conspiracy. The charges have not been resolved.