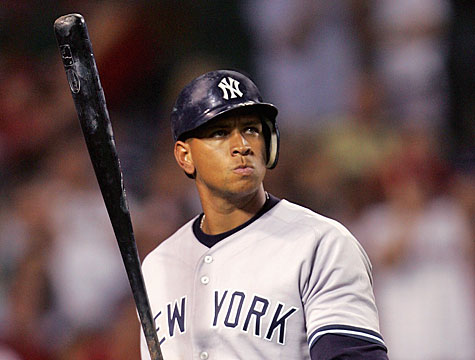 Alex Rodriguez, MLB Yankee player, is just asking to not be a Yankee anymore. Rodriguez has been going through rehab by playing for the SIngle-A Tampa Yankees. After a meeting with the league officials about his involvent with the PED scandal, Rodriguez was suppose to go to his seventh game but he was A NO SHOW!

League officials were looking for him and then he finally let the Yankees know he was not coming.

But sources say Rodriguez had enough time to get from the nearby location where he was interrogated to the park before any official word had come down about whether the game would be played or not. He was not excused by organization officials from attending the game and, in fact, the Yankees had been told by MLB the interview would be done in a timeframe to allow Rodriguez to continue his rehab games, and the meeting ended about two hours before the scheduled first pitch. – NY Post