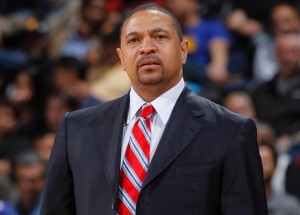 Former head coach Mark Jackson was shockingly fired by Golden State Warriors after another playoff run with a 51-31 record, 62% winning record, best record for the Warriors since their 1991 season.

Plenty of teams are searching for a new head coach and if they were aiming for Jackson, they might be a little too late.

According to ESPN, Jackson will still remain in the NBA league but as a ESPN analyst and will be participating in play-by-plays wit hJeff Van Gundy and Mike Breen.