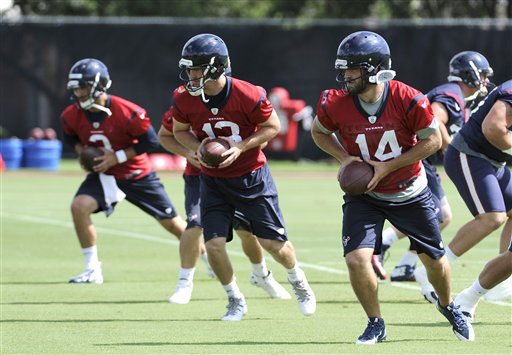 Houston Texans named their starting quarterback yesterday, that being Ryan Fitzpatrick, a former Bills quarterback who has a history of turnovers.

TJ Yates, quarterback for the Texans since 2011, was just traded to the Falcons for linebacker Akeem Dent.

Dent has been with the Falcons sine 2011 and has an overall total of 81 tackles, 1.5 sacks and 2 forced fumbles.