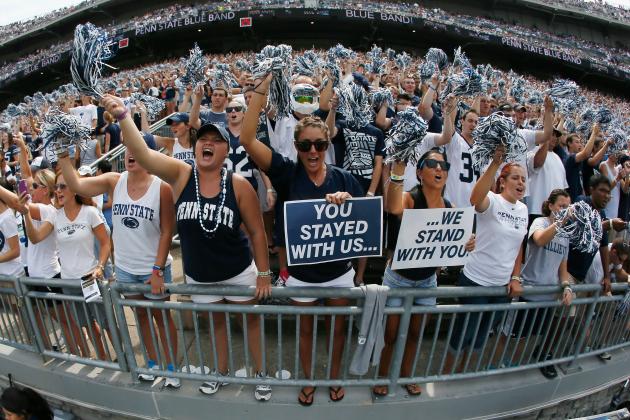 Penn State made not just ESPN but CNN, Fox News, MSN News more than they would ever believe back in 2012. The Jerry Sandusky child sex abuse story was everywhere. All the lives ruined, media drama and damage reputation for the football program, it has somewhat come to an end for the school.

The NCAA announced today that they will drop the postseason ban for Penn State football. Great timing since the NCAA will experience their first playoff. In 2012, the NCAA President Mark Emmert announced:

Penn State faced a four-year postseason ban in addition to reduced scholarship numbers, the $60 million fine and the ability for players to transfer elsewhere without penalty for one year.”

The university still have to pay the $60M and their 111 wins with then head coach Joe Paterno still stripped from the record books.

It’s glad to see the NCAA will not continue to punish the current athlete students and football staff that had nothing to do with that terrible event.