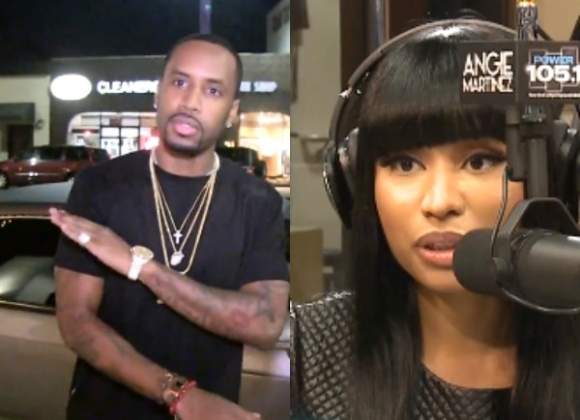 Nicki Minaj might just be hurt but comedian Lil Duval took some shots at Safaree and Nicki cosigned the insults.

This comes after Safaree was seen on a date with model Candice Brooks as TMZ posted a video of the two.

Nicki then posted a pic of her and “rumored boyfriend” Meek Mill on Instagram.

She has stated on various radio stations that she is not dating Meek and that in fact she was in still in love with Safaree who she had been with for 12 years.