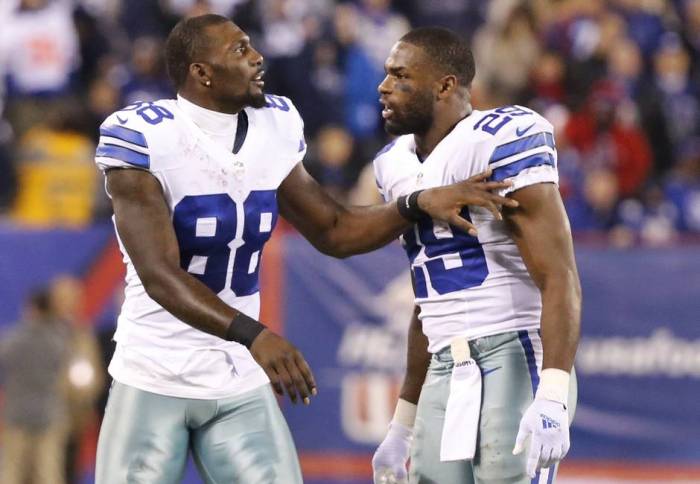 Star receiver Dez Bryant is already upset with recent rumors of a video that displays him being crazy but the Dallas Cowboys go-to guy is probably furious as the Cowboys plan to franchise tag him.

ESPN reports the tag is $13M for this upcoming season but Bryant has expressed his feelings all season that if he were tagged, he would be “highly disappointed”.

When it comes to the star runningback DeMarco Murray, Cowboys owner Jerry Jones states he will let him test free agency according to Sports Illustrated. Things also seem to be “slow” with Murray’s agent. Although, that doesn’t mean Murray will not be a Cowboy. Jones statement:

“Murray is probably going to, you know, get some peace and see what’s out in the market and then we’ll talk and see. I do believe deep down he’d love to stay in Dallas.

We’ve had some really good football players go into free agency: Jay Novacek and Darren Woodson and, you know, they still sign with the Cowboys. So, just because you’re a free agent doesn’t mean you’re not necessarily going to end up back in Dallas.”