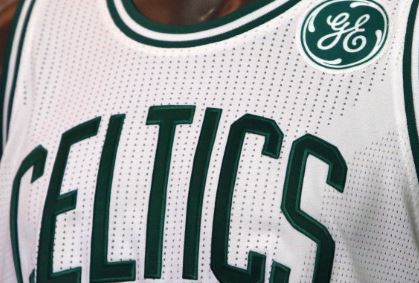 A $7 million dollar deal was just signed with the Boston Celtics and General Electric to have their logo on their NBA jersey. You will notice the logo for the 2017-18 season.

GE is one of the three companies that made a deal with an NBA team. The Blue Diamond Almonds signed with the Sacramento Kings and StubHub signed wit the Philadelphia 76ers.