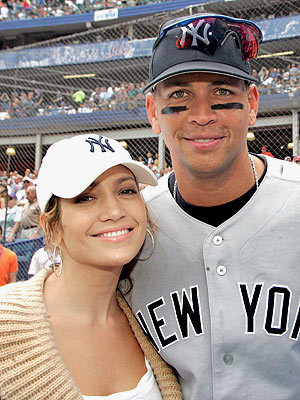 Sources (Page Six – NY Post) state that Rodriguez and Lopez been a couple for a few months now and were together in LA last weekend plus Rodriguez has been seen backstage at her shows.

Lopez was rumored to have been dating rapper Drake but denied the juicy gossip. Rodriguez just split with his girlfriend, Anne Wojcicki, after dating for almost a year. She is the CEO of Silicon Valley.

Rodriguez has just received a contract with FOX Sports to be a full time MLB analyst.