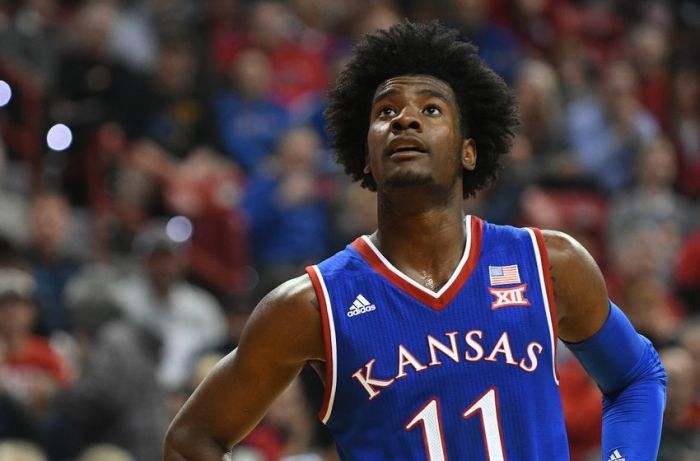 Reports from ESPN claims that Kansas University basketball player Josh Jackson got into an argument with Kansas female basketball player McKenzie Calvert in December at a Kansas bar. Calvert threw a drink at Jackson’s friend and Jackson kicked her car. The damages to her car cost up to $1,000.

However, Jackson’s attorney tried to pay her off so she wouldn’t press charges according to her father. He told the newspaper:

“They wanted to pay to make it all go away.

But it wouldn’t have gone away for my daughter. It would have been great for Josh, but not for McKenzie. … This was never about money for me. It was about how my daughter was treated”