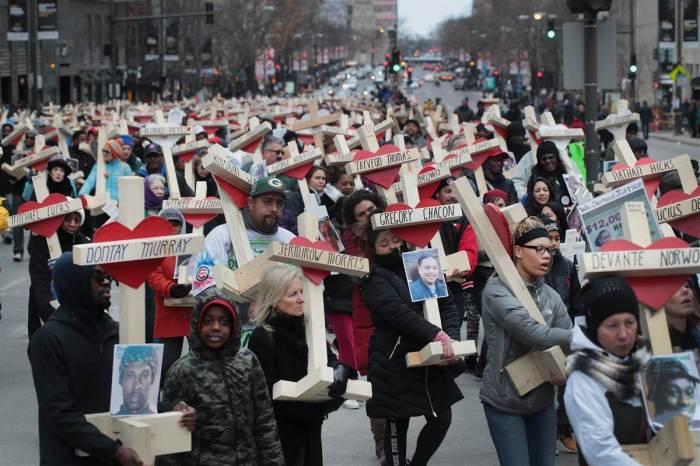 According to several reports and CBS Chicago, murder rates have dropped in the first four months of the year compared to last year. Even though the statistics are still mind-blowing, it’s good news from what Police Superintendent Eddie Johnson claims. He told CBS Chicago, “The shooting incidents are down a little bit over 100 from the same time last year, so that’s some encouraging sign. The number of shooting victims is actually down, so if we can keep trending in that direction, then we should be setting ourselves up for a pretty good year”.

A new source, “ShotSpotter” which is new technology that can track gunshots, has made a difference according to Johnson, “We put those new strategic support centers in both of those districts, so a lot of that technology is helping us be more proactive in the way that we deploy. So it gives those commanders real-time information so that they can change their deployments”.

At the end of April, there have been nearly 200 murders and over 1,000 shootings.