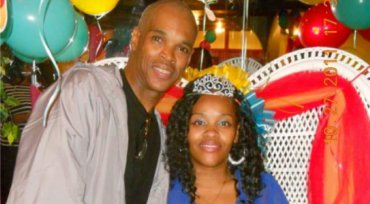 NYPD are looking for 44-year old Zire King, who was released from the NYPD yesterday after being questioned about his girlfriend. His girlfriend, Jacqueline Dicks, was shot dead in from of her Brooklyn home after she was dropped off from working at the MTA. King dropped her off and told NYPD that the two headed in different directions after he parked his car. He then started walking home and heard a gunshot. He claims he saw a dark-colored car speeding off and three men in dark-colored clothes run past him.

NYPD checked out surveillance and found out that he was lying and more than likely the suspect in her death. The video doesn’t display men running according to NYPD Chief of Detextives Robert Boyce:

“We went back and got video, very probative video, from the area where he was.

There was no three males … running in the street with hoods up. There was none of that.”

The video shows he went back to the car directly after a conversation. NYPD also found a .40 caliber handgun in the trunk of the car which they believe is the murder weapon. King never returned home after being released and NYPD Fugitive Task Force are looking for him.