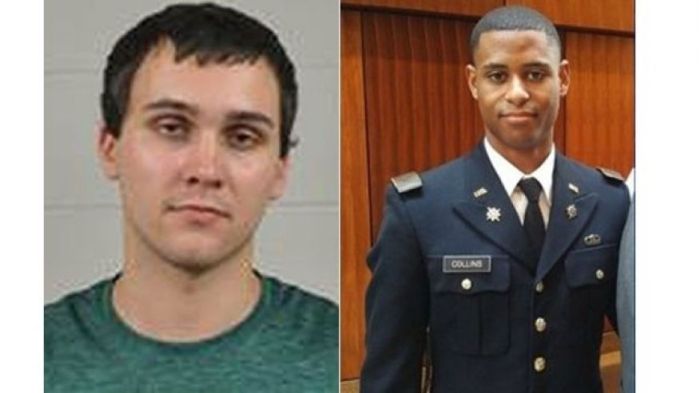 Collins was waiting for a Uber with two of his friends when Sean Urbaanski, 22, approached them screaming “step let, step left if you know what’s best for you”. Collins refused and Urbanski stabbed him in the chest.

Police are considering this as a possible hate crime when FBI learned Urbanski is a member of a Facebook group called “Alt-Reich:Nation”. This group is for you to post racist comments.

Collins was going to graduate Tuesday and was commissioned recently to second lieutenant in the US Army.