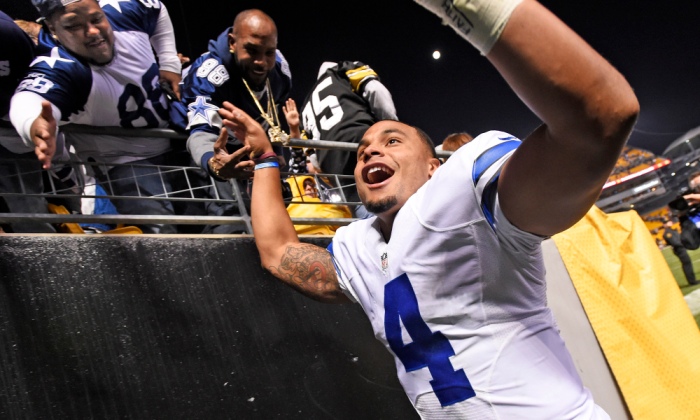 Dallas Cowboys quarterback Dak Prescott said that his team is going to with their division this year according to The Dallas Morning News.

Cowboys have lost a lot of their defensive power after the season ended and Prescott is in his second year. Many believe the “sophomore slump” myth. To me, other teams know now what to expect that they weren’t from the rookie last year. Let’s not forget that Cowboys offense was more of a running threat, not throwing.

The NFC east is the most complicated division as it seems each season it comes down to the last few games to see who will make claim the division and who may be a Wildcard. All the teams are better on paper. Eagles finally got some running help with LeGarette Blount. Redskins upgraded their defense and added underrated receiver Terrelle Pryor. Giants Eli Manning has more than just Odell Beckham Jr. to throw it to.

Giants were the only team to give Cowboys their 2 losses.

Any team can say anything right now, it’s not even preseason. For the NFC East, we will not know until the end of the season like always.