Former FOX news reporter, Scottie Hughes, is suing the Fox News network after she claims they neglected her report of being attacked and raped by FOX anchor Charles Payne according to NY Daily News.

In the lawsuit, Hughes states that in 2013, Payne pressured his way into her hotel room for a ‘private discussion’ and raped her. After the incident, he forced her into a sexual relationship for “career opportunities and benefits” from 2013 to 2016. When she tried to break it off in 2016, her bookings at FOX slowly disappeared and then overall within 10 months.

When her manager reached out to Weiss law firm for an internal investigation, they offered a “business solution”. Then her manager got a call from a newspaper asking about a romance gone bad that the network leaked to hurt Hughes’ image.

Payne was suspended in July while FOX did an internal investigation on Hughes’ claims. He was put back on air earlier this month. Daily Mail also leaked emails (2013) from Hughes to Payne that contradicts her story: 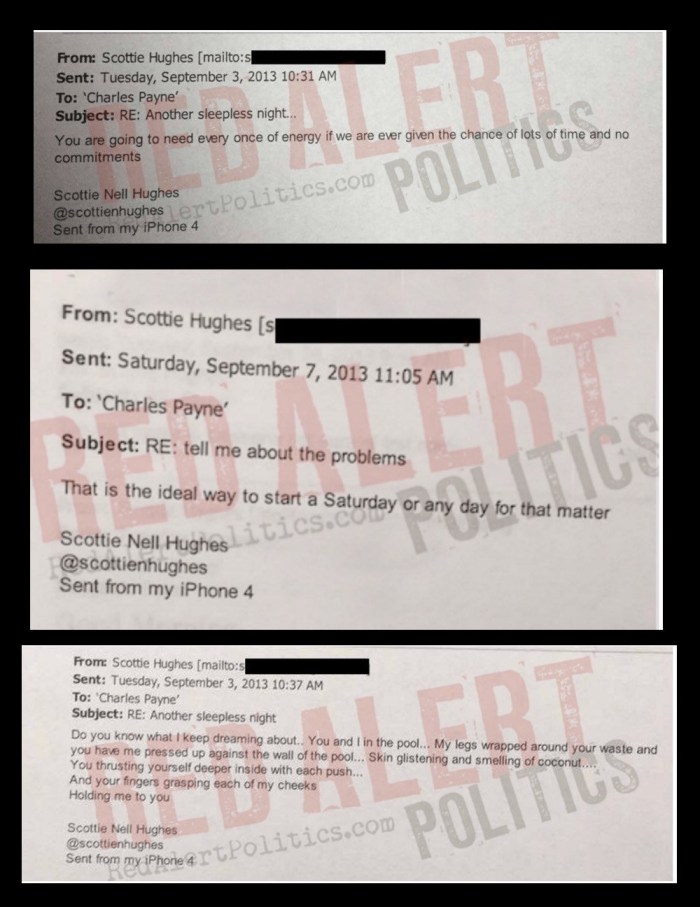