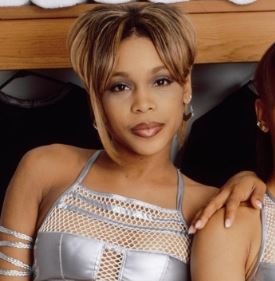 TLC singer T-Boz went to social network to express her anger and sadness as her 25-year old cousin, Edie Russell, was gunned down by police last week in Peoria Illinois. Russell Jr. has mental health issues according to T-Boz’s Instagram post.

According to Central Illinois Proud, six Peoria cops shot Russell Jr. has he came from his home. He was named a suspect in an armed robbery. Cops say they shot him as he came out the house, after a 2 hour standoff, in an “aggressive matter” thinking he had a handgun and despite that his mother alerted the police he was mentally ill. The shooting is under investigation and none of the officers wore a body camera.

Peaceful protests have started in Peoria.