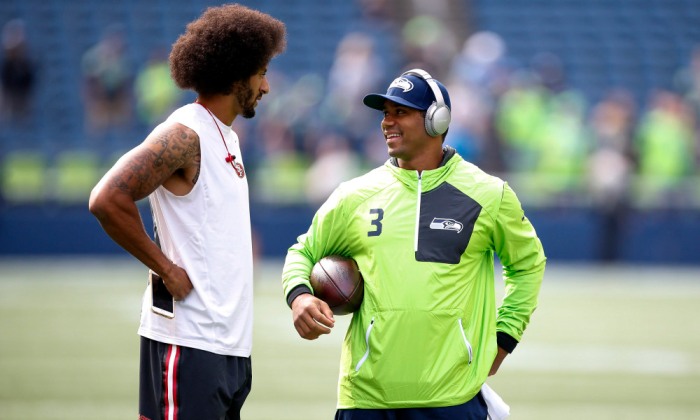 Seattle Seahawks have postponed their trout with NFL quarterback Colin Kaepernick after he declined to stop protesting during the national anthem according to ESPN reports.

Kaepernick was contacted by the Seahawks a few weeks ago for the tryout. His former teammate Eric Reid, who was the first to kneel with him, feels teams won’t sign them because of their practice of the First Amendment. Kaepernick has been a free agent since 2016 and sat for his deposition this week with NFL attorneys claiming the league is trying to keep him out.