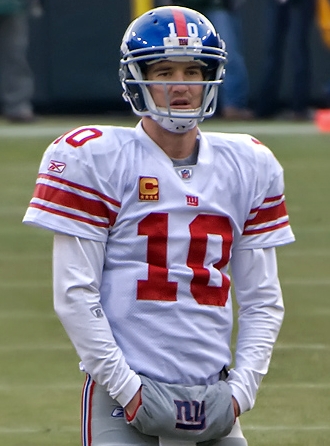 New head coach Pat Shurmur spoke about the 2-time Super Bowl champ today as many believe the Giants might draft a quarterback with the number 2 pick.

Back in January, Shurmur spoke with NFL writer Nick Shook confirming he would start Manning.

“I think what’s important is we have a guy here who has helped this organization win Super Bowls. He’s an outstanding player and I’m really looking forward to working with him.”

On this day in 2004, the Giants got Manning in a trade with the Chargers for Philip Rivers.

This 2018 NFL Draft is this Thursday.