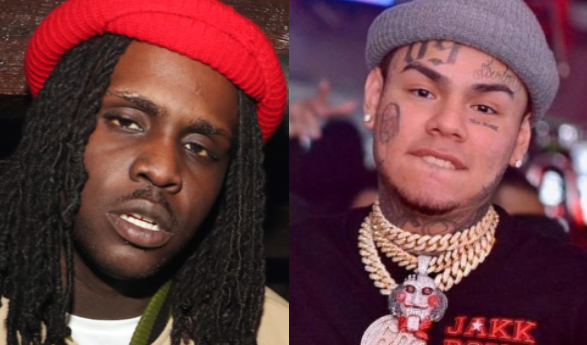 Tekashi aka 6ix9ine went on Instagram to start another beef with another rapper. This time it’s Chief Keef and Lil Reese from Chicago. He says the two Chicago rappers claiming street life that they’re really not about and no one cares for them anymore. The Chi-town is known for heavy violence and gang activity as they had 650 murders last year. So Tekashi should be careful. But it just got real.

Reports coming from TMZ is that Chief Keef was in Tekashi’s city of New York and was shot at. Around 6 this morning, Kef was outside the W Hotel in Time Square when he was shot at. Reports clam two black males in hoodies fled the scene.

As of right now, there’s no connection. Just a big coincidence.