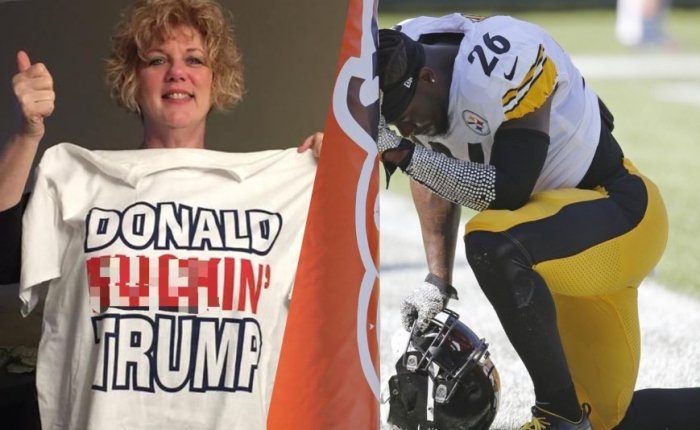 Carla Maloney has since resigned from her position as Republican Committee of Beaver County’s secretary (Pennsylvania) and apologized after her racist tirade on Facebook under a fake name.

NY Post confirms that Maloney, under the name Carla Fueller on Facebook, made some racist statements about NFL players protesting the flag even thought they’re not protesting the flag but bringing awareness to police brutality. It shouldn’t matter but the posts were before she was named secretary.

She wrote, “Tired of these overpaid ignorant blacks telling me what I should believe in. I will tell you what I believe in and that is our Flag the National Anthem and America period end of story,” and “You don’t like it here go to Africa see how you like it there. We are all Americans not African American not Hispanic American. WE ARE ALL AMERICAN.”

“Steelers are now just as bad as the rest of the overpaid baboons… How many men and women have lost limbs or died to protect this country and you baboons want respect,” she wrote in one post. “Let’s see how the baboons get paid when white people stop paying their salaries.”

Shes referring to the Steelers after they protested last September.