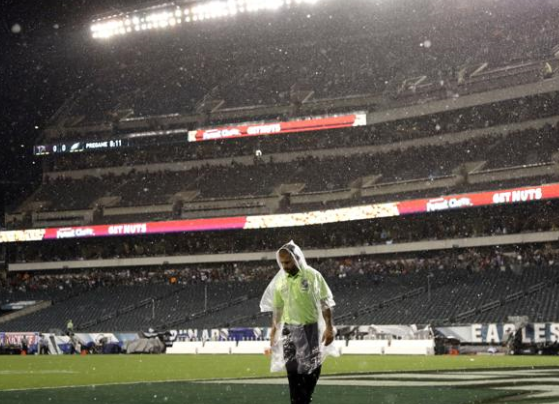 It’s what many thought was going to happen after another season of sports and politics plus the league being attacked by President of the United States doesn’t help.

Reports coming from the NY Post confirms that ratings fell 8 percent for the season opener from last year’s opener; and last year fell 19 percent from 2016’s opener. This seasons opener is the lowest level in 10 seasons.

The hour delay for severe weather last night was a definite factor plus the game was boring until the last minute. No passing touchdowns were scored by the Philadelphia Eagles or the Atlanta Falcons.

Don’t panic as they’re still leading when it comes to the TV ratings. “On the plus side, the NFL’s still the tallest midget by a mile,” a sports media consultant told NY Post.