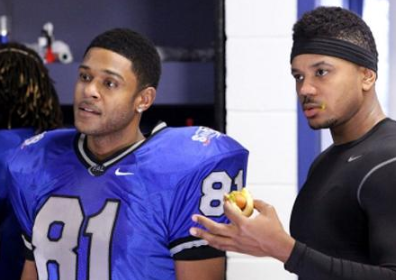 Marion “Pooch” Hall, known for his role as Derwin in ‘The Game’, was arrested when his car hit a parked car in Burbank California.

Witnesses claimed a small child that was sitting on his lap had his hands on the steering wheel. Police statemennt says, “Mr. Hall’s 2-year-old son was riding in the car with him at the time of the collision adn was determined to have been riding in teh vehicle unrestrained, as required by law.”

Hall was arrested for DUI and felony child endangerment. His son was released to his wife at the scene.