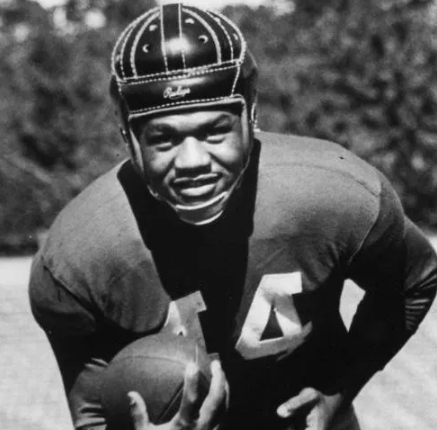 The Chicago Bears, in 1949, was the first team to draft a black football player and his name is George Taliaferro. Reports confirm that he has passed at the age of 91.

His senior year of high school, Taliaferro dominated against a top-level all-white Chicago football team in a scrimmage game as a tune up for the Chicago team who were about to play in the Illinois state championship game. His team was all-black from Gary Indiana. He made such an impression that the white coach from the Chicago team contacted Indiana University and that’s how Taliaferro ended up in Bloomington.

He played college football for the Hoosiers and led them to their only undefeated Big Ten Conference Championship (1945) and was the first African-American to lead the Big Ten in rushing yards (719). He was drafted in 1949 by the Bears in the 13th round (pick 129). He didn’t play for the Bears as the Los Angeles Dons of All-American Football Conference signed him. He then moved to the NFL and played for the NY Yanks, Dallas Texans, Baltimore Colts and Philadelphia Eagles. He played seven positions: quarterback, running back, wide receiver, punter, kick returner, punt returner and defensive back.

When asked his favorite position, he responded “Football.”