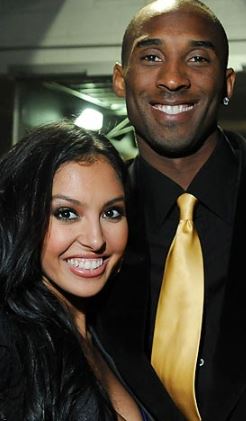 I know he probably wants a boy but it’s not happening the fourth time around.

According to reports and Kobe Bryant’s Instagram, his wife Vanessa is expecting a fourth girl.

The two met back in 1999 at a Eastsidaz music video shoot where Vanessa was a background dancer. Bryant, 40, and Vanessa, 36,  have been married since 2001. Bryant’s parents did not attend the wedding as they were against it since he was so young and because Vanessa isn’t black, she’s Mexican.