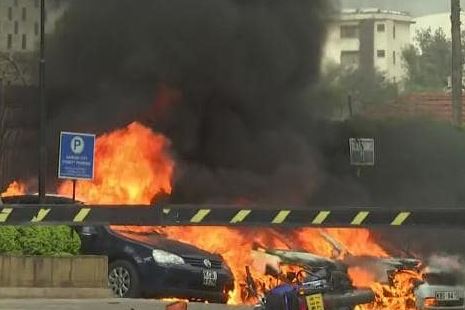 At least 14 people were killed in a terrorist attack at a hotel in Kenya and one of the victims was an American who survived September 11 attacks.

Jason Spindler, co-founder and managing director of I-DEV International advising company, was killed at the DusitD2 Hotel while having his lunch. His comapny has an officer in the hotel complex. The attack lasted hours with gunfire and car bombs per reports.

Somali Islamist militant group Al-Shabaab claimed the attack. In 2015, they attack a college in Kenya that left almost 150 people dead and in 2013, shot up a shopping center killing 67.