There are no complaints from fans or FOX TV as Taraji Henson is becoming a bigger star with her new TV role in “Empire”. However, she was not first choice according to reports and a little bit of Twitter rant from the actress who was supposed to be ‘Cookie’.

INSIDE EDITION reports that comedian actress Mo’Nique was given the role until she stopped hearing from FOX. Mo’Nique explained:

“Maybe four days had gone by, and I hadn’t heard anything. So I’m trying to reach out to him to say, what time do I need to be in? Where do I need to be? When he finally returned the call, he says listen, the executives at Fox said that you’re difficult.

When I hear Mr. Daniels making those comments, he and I know that that’s not true.”

The “difficult” incident they are speaking of is when Mo’Nique was in the Cannes Film Festival in 2009 and wanted to be paid more for promoting but she argues no one wants to work overtime and not get paid for it. 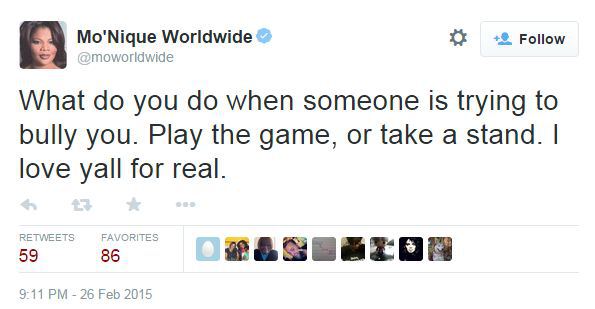