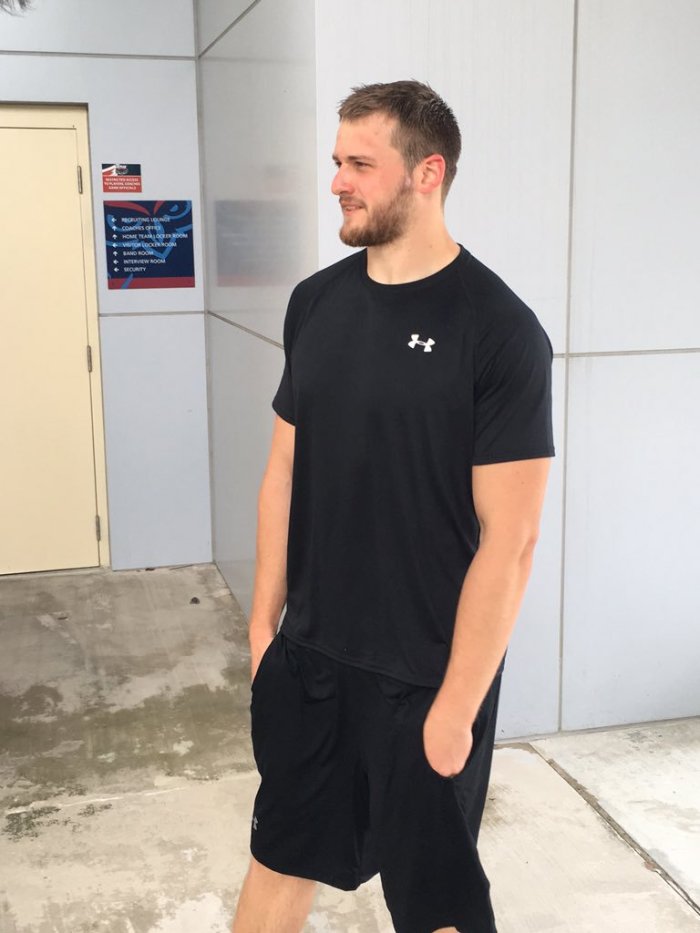 The top teams are the Patriots, Packers, Broncos, Chiefs and the Vikings.

It all started on the social network when people started talking about the 6 foot 4 inch German football player.

Mortiz Boehringer got his chance at the NFL Pro Day and according to the NFL, he was incredible and opened eyes.

At the Florida Atlantic pro day, he ran a 4.43 40-yard dash on grass which is equivalent to 4.39 on turf, 39 inches for the vertical and a 10 foot 11 broad jump. The 40-yard dash on NFL Pro Day for NCAA players is done on turf. Boehringer is ranked amongst the top two receivers in the combine when it comes to the 40-yard. He caught every passs in the field frills and did 17 reps on the bench press.

Scouts were concerned if he could handle an American defense, so press covergae drills were done and he has no problems accordig to NFL.com. They also had Boehrigner do some tight ends moves with blocking and once he was coached on it, he was right on.