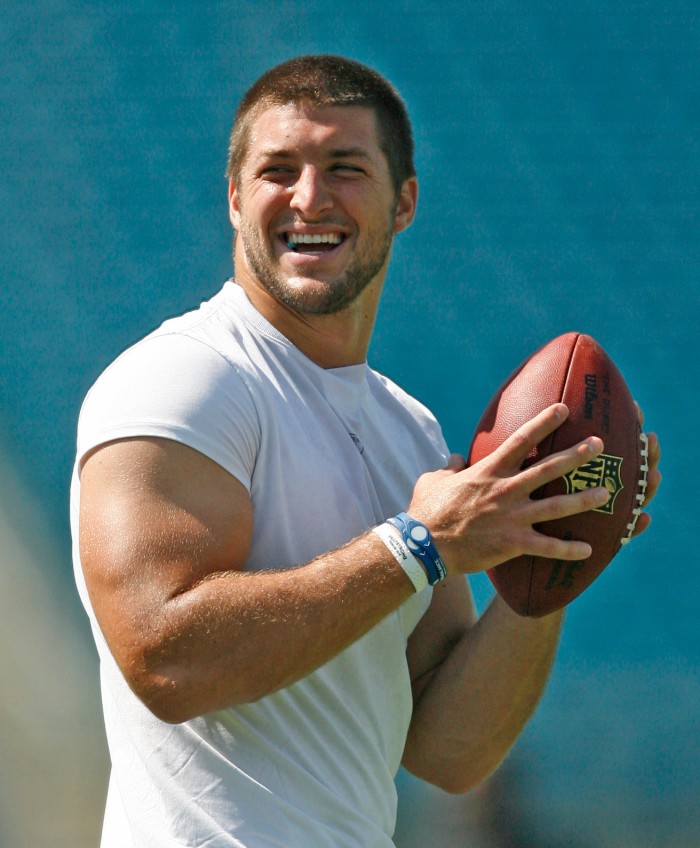 Former quarterback Tim Tebow has been denied any quarterback roles in the NFL, even by the Jacksonville Jaguars as the new owner bluntly stated he wouldn’t sign the hyped quarterback. Jaguar fans went on a rant to get Tebow but the owner handled the peer pressure very well as he signed quarterback Blake Bortles.

Tebow is moving to Jacksonville however as he bought a $1.4M estate. Could be a possible sign maybe that he’s trying to ease his way back on the field and maybe with the Jaguars.

The media and even analysts did a 180 on Tebow, praising him one year as a miracle quarterback to an overrated quarterback. The New York

Jets organization and New York media are part of the blame for the hate towards Tebow. Still kind of concerned how Tebow was ranked by fellow players as the most overrated player in the 2012 season with the Jets when he probably had only 10 snaps or so in the whole season. And behind butt fumbler Matt Sanchez!

Everyone just forgot that he won a National Title with the Florida Gators or that he brought the Denver Broncos from a losing season to the playoffs with a playoff win in overtime with a first possession touchdown. Granted, we’ve all seen him play and some of the wins weren’t pretty: but he did win.

Despite Tebow being overrated, he can’t throw and the many devaluing statements, he is now a NFL analyst. How does this sound?