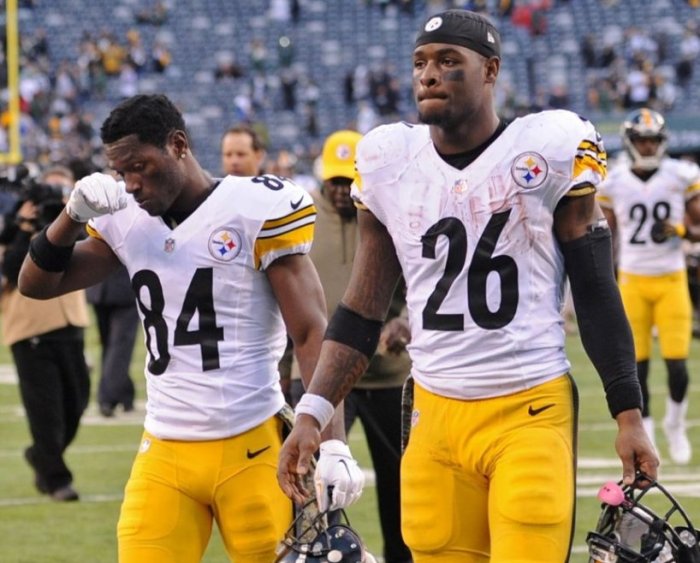 LeVeon Bell has made same obvious hints that he wants to play with Andrew Luck and the Indianapolis Colts but his request might be denied.

According to Colts reporter Gregg Doyel, the Colts don’t want Bell or Steelers receiver Antonio Brown who may be on the trading block soon.

“Imagine Antonio Brown, so toxic in Pittsburgh that the Steelers wouldn’t let him dress out for a 2018 season finale they had to win, digging deep for the good of The Ol’ Horseshoe. Imagine Le’Veon Bell, who made the business decision to sit out this past season because he didn’t like the eight-figure contract the Steelers were offering – that’s $70 million – sacrificing for someone other than himself. Bell had the right to make that choice, of course. And the Colts have the right to make theirs.”

Bell sat out all 2018 season refusing to sign the franchise tag. He wants a long-term deal worth $15 to $17 million with $45 million guaranteed. Steelers offered $17 million guarenteed.

Despite Colts losing to the Kansas City Chiefs in the divisional round, they had an exceptional season after missing the playoffs in four seasons.