The way Iggy Azalea has been twerking on social media, you wouldn’t think she was in a relationship. However, an NFL player just confirmed by answering a fan that he’s her new man.

DeAndre Hopkins, 26-year old Texans wide receiver, answered a fans question when asked if he was Iggy’s boyfriend according to SportsGossip.com.

Iggy, 28, was recently linked to Tyga and French Montana after her publicized breakup with NBA free agent Nick Young. 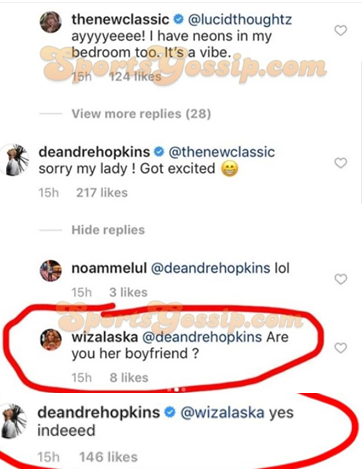 #PressPlay: #IggyAzalea says let her and her cakes be!!