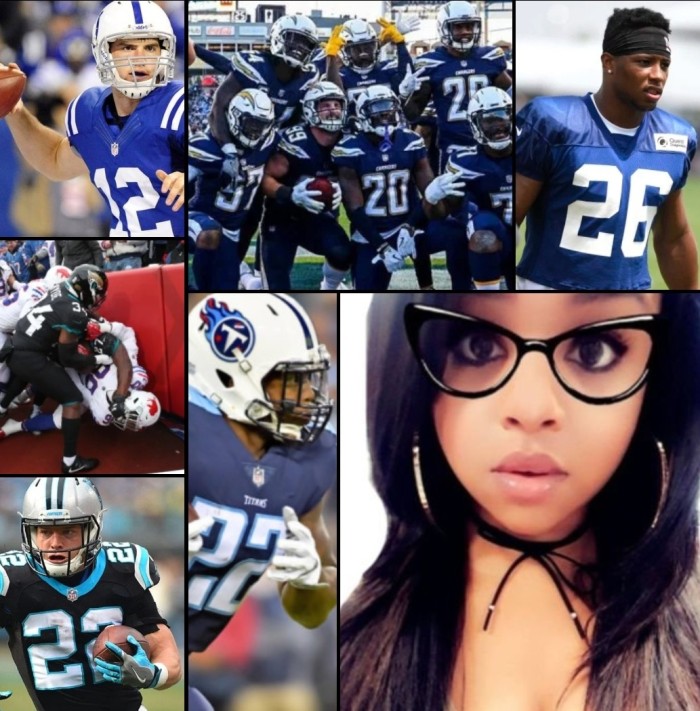 After probably the best game of the season, the LA Rams and Kansas City Chiefs are both on a bye week coincidentally. Even without these two exciting teams, we still had some hair-raising games.

After their playoff run last season, I wasn’t expecting them to have such a downfall. Besides their quarterback playing like usual which is terrible, the defense is off and Leonard Fournette can’t stay healthy. Right when he seems he’s back to shape, he ends up in a fight with Bills linebacker Shaq Lawson that gets him ejected and now suspended (without pay) for a game. Then, Jalen Ramsey did not participate in today’s practice so it’s unsure if he’ll be playing against Andrew Luck and the Colts. Before the season, Jaguars were one of the favorites to go to the Super Bowl. 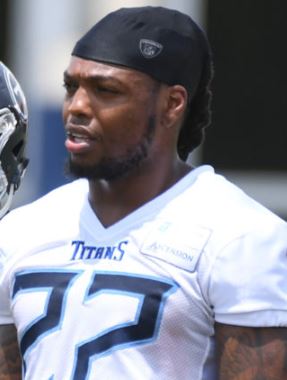 Unsure if anyone is aware that Derrick Henry, the former Heisman Trophy winner, hasn’t had a good season at all. Maybe I only noticed because I got him on my fantasy league team. This is the first time he’s’s the starting rusher and he’s only had 358 rushing yards, four touchdowns and 54 receiving yards in 9 games. During Monday night football, he only had 30 yards against the Houston Texans and 19 receiving yards. I’m expecting this to be his time to shine after he’s been a back up for the last two seasons. Last season he had 744 rushing yards, starting only two games, as he was sitting behind DeMarco Murray who didn’t have a good season either. Maybe it’s the offensive line or is he not getting enough touches?

Remember in Alabama, in 2015 Henry had 2,219 rushing yards and 28 touchdowns. However, we’ve seen stars in college turn into a bust in the pros. Or coaches who don’t know how to use a talented player.

Odell Beckham Jr. had people believing the Giants could possibly take the NFC East since there’s enough games left to do so. In the beginning of the Giants/ Eagles game, the Giants looked substantial with a 12-point lead but everything turned around in the second half only scoring three points.  The Eagles didn’t even play their best and their secondary is injured. Offensively, we all know they have no running game and Alshon Jeffrey hasn’t reached his expectations since his return and Golden Tate is still getting use to his new home after getting traded from the Detroit Lions.  However, Giants Janoris Jenkins and Landon Collins are not the same defensive weapons they were a season or so ago.

Beckham and Sterling Shepard questioned not defense but their coach Pat Shurmur and his play calling and the lack of using Saquon Barkley in the second half.  Shurmur said, “You’ll have to ask him to define it after he watches the tape, but I felt like we were trying to do the things necessary to win the game. We still got production in the running game, had a couple third-down calls in the red zone that were close. If it goes in, that’s a different story.” Seems like the hopefulness has left the Giants once again.

2. Andy Dalton out for season 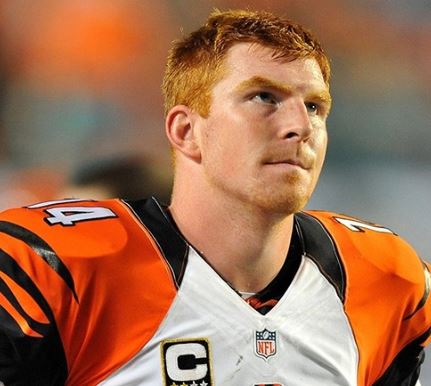 Over a thumb injury? It is on his throwing hand according to reports and it’s the same thumb that knocked him out the last three games of the 2015 regular season and playoff game. In the beginning of the season, Bengals were looking real good and now they’re on a three-game losing streak. Their schedule is far from easy as their next two games are against the Broncos and LA Chargers. Then the Bengals go acquire Tom Savage. Really? 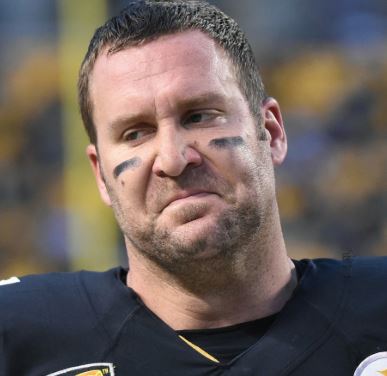 Down one possession to tie the game and go into overtime, Ben Roethlisberger throws an interception to Broncos nose tackle Shelby Harris in the red zone with 1:08 left in the game. It was a bad pass too. Then, he goes at his rookie receiver James Washington who dropped a deep pass in this game. “I just think he didn’t trust his hands. For some reason, he jump/dove. I’m not really sure what he was doing. We look at it (on film), and coach got on him pretty good yesterday,” Roethlisberger said.

Washington had 0 yards after missing 3 passes and this season, has 77 yards and one touchdown overall. I can understand why he’s not getting a lot of touches though when you have Antonio Brown and JuJu Smith-Schuster on the team.

5.Kickin’ it with the Seahawks, Eagles, Colts 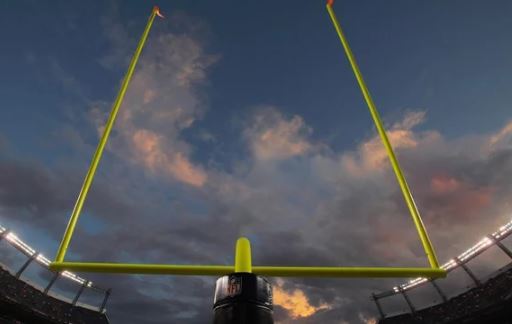 Sometimes in games, we forget to appreciate field goal kickers. In week 12, three games were won by a field goal: Seahawks, Eagles and Colts. In others, field goals may have not been the last few points but were a factor in their win. Shout out to all the kickers in the league.

2nd in the AFC West, top 10 in the league when it comes to total yards, passing yards, rushing yards, allowed total yards, allowed passing yards and allowed points. This team is complete and no one is talking about them at all. Their only losses so far this season are the Chiefs, LA Rams and Denver Broncos. Two of those teams (LA, KC) are considered in the top three in the league right now. The other is the New Orleans Saints. Should we put the Chargers at four ?

Phillip Rivers is completing 70% of his passes averaging 283 yards a game. With only 6 interceptions and one fumble, the veteran has 26 touchdowns, two less than his overall 2017 season.  He also tied the mark for 25 straight completions.  If you’re still not sold on the Chargers, their next game against the Steelers will be a test.

Again, I feel the Oakland Raiders can find another Amari Cooper, not a Khalil Mack. But the first game in Dallas, he wasn’t fitting in quite right but this Thanksgiving, he got a explosive 180 yard and two touchdowns. One of those catches was a 90-yarder. Since his addition, the Cowboys are 3-1 and leading the NFC East. 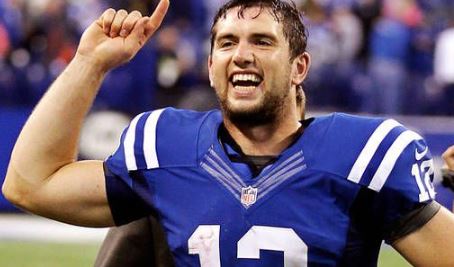 The Colts are on a 5-game winning streak and Andrew Luck is getting better and better every week.  Since the end of October(10/28), the 29-year old quarterback has 12 touchdowns and 3 interceptions. Pretty good – no, excellent for a quarterback who hasn’t played in years.

The offensive line is definitely picking it up for Luck whose been sacked once in the last six games. He’s been sacked 11 times overall this season. Make headway for the new and improved Colts. (side note: I still don’t think Luck can beat Brady in the AFC). 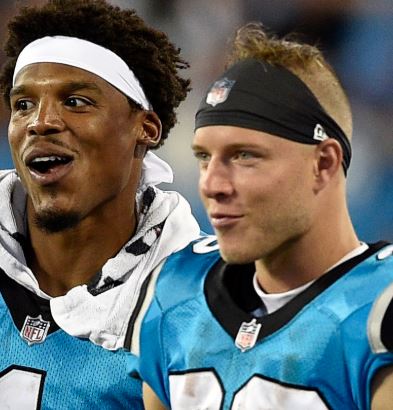 As you’ve seen before, anyone that makes over 200+ yards in a single game is number one. Even though the Panthers took the L, McCaffrey had a top-notch performance on not just the rushing end but the receiving end as well. 125 yards on the ground, 112 in the air and a touchdown for each service against the Seahawks. He set the Panthers record for most yards from scrimmage and first player in Panthers franchise to have over 100 rusing yards and 100 receving yards in one game.

McCaffrey on his new record, “That’s all great, but I’d rather win.”

His position is a running back but don’t forget he’s also a dangerous slot receiver.